Lockhart/Gardner is the law firm that Alicia used to work for. Originally named Stern, Lockhart & Gardner, it was founded by Jonas Stern who later brought on Diane Lockhart, and Will Gardner. In Season Five, Louis Canning returned after Will died and proposed a merger, after which the firm was known as Lockhart/Gardner & Canning.

The firm was founded by Jonas Stern many years ago. Soon, he hired another partner, Diane Lockhart, because he thought it would look good to have a woman in his closest staff. Next, he hired Will Gardner, the most junior of the named partners. Stern seemed to prefer Diane, seeing as he voted with her ninety percent of the time. Stern took leave for over a year, leaving Diane and Will in charge of the firm. In his absence, Will and Diane hired twenty or so associates, including Will's old colleague Alicia Florrick.

Stern returned to the firm when he was being accused of DUI and battery. Alicia represented him and the judge dropped the charges. Just after that, Stern quit the firm to start his own law firm, taking his clients and a substantial amount of business away from the firm.

This and the recession left the firm in a precarious financial position, and Diane struggles to keep the firm afloat. The remaining partners later merged with Derrick Bond's firm, Bond & Associates, and the company was renamed Lockhart/Gardner & Bond. During this time, they had moved to make the firm a "paperless office" by using gadgets like iPads as the communication standard. 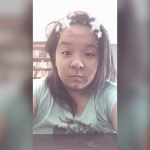 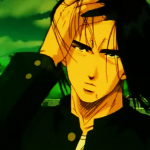