The CBS All Access series The Good Fight picks up one year after the events of the final broadcast episode of The Good Wife. It is Paramount+ (formerly CBS All Access') first original scripted series. The series is created by Robert King and Michelle King. The first season contains 10 episodes, and premiered on February 19, 2017, with the first episode airing on CBS and the latter nine episodes airing on CBS All Access (later Paramount+).

An enormous financial scam has destroyed the reputation of a young lawyer, Maia Rindell, while simultaneously wiping out her mentor and godmother Diane Lockhart's savings. Forced out of Lockhart & Lee, they join Lucca Quinn at one of Chicago’s pre-eminent law firms. The series, from The Good Wife creators Robert and Michelle King. 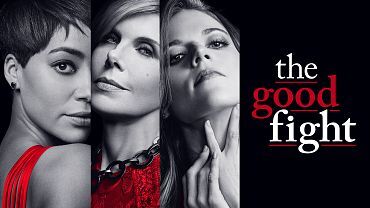